Learn more about how Ohio State in investing in the spaces and places that empower collaboration by visiting Ohio State Environments.

The proton therapy facility, in partnership with Nationwide Children’s Hospital, will be the first of its kind in central Ohio. Proton therapy is an advanced type of radiation treatment that uses protons (positively charged particles) instead of x-rays to kill cancer cells. A machine delivers a high-energy proton beam painlessly through the skin from outside the body.

Proton therapy is expected to utilize 65,000 square feet and account for approximately $105 million of the overall project budget. Nationwide Children’s has committed up to 50% of the expected proton center project cost. 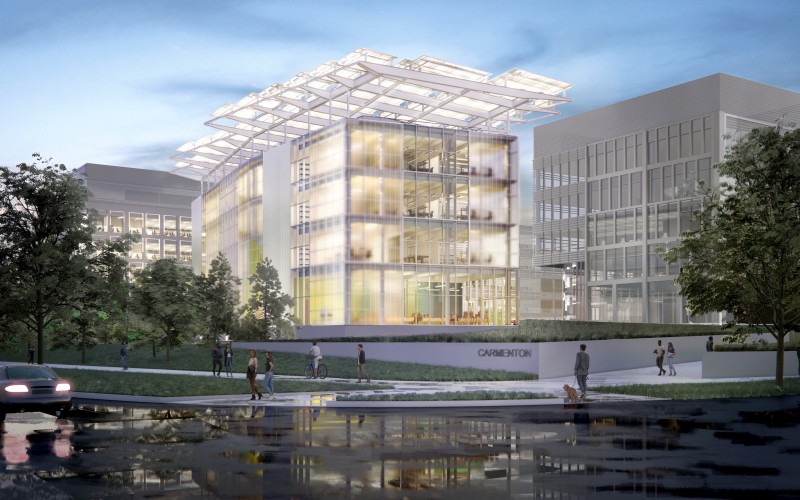 The Ohio State University has announced the new name of the growing innovation district on the university’s west campus: Carmenton.

Ohio State President Kristina M. Johnson joined government, industry and university leaders today in Carmenton to highlight the progress in the district and point to... 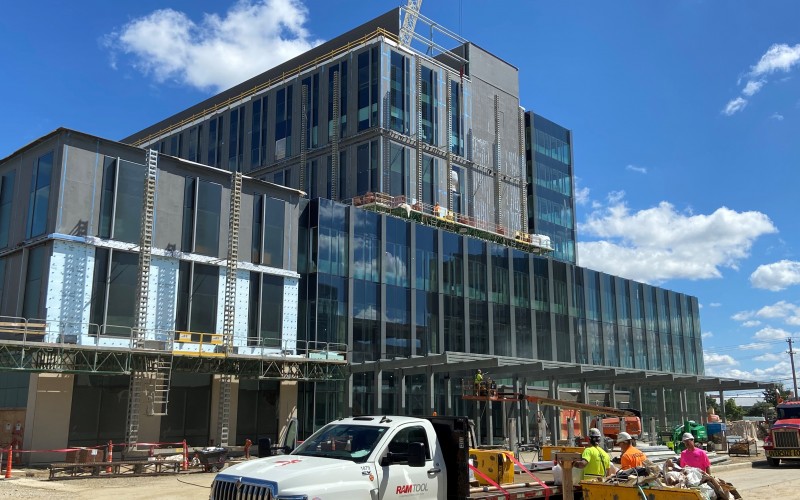 From rough-ins on the top floors, to finish work on the lower levels, a transformation is underway on The Ohio State University Wexner Medical Center Outpatient Care West Campus job site. The $349.5 million project is 65% complete, according to Ohio State construction manager Shaun Allen.

On Episode 2 of the "City of Ohio State" podcast, hear from Ohio State’s associate vice president of Facilities Design and Construction Kristin Poldemann. The 15-minute podcast runs down major construction happening on campus – from a new inpatient hospital and a blossoming Innovation District to an investment in...